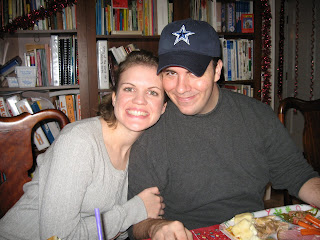 After graduation, family in town, Christmas, and my husband finally on the mend after being sick for over a week, I think I'm returning to some sense of normalcy (whatever that is!). I hope to have some time later in the week or this weekend to post an actual entry. I hope everyone had a wonderful, memorable, precious Christmas (especially all of my Texans who were graced with snow!), and have a fun and safe New Year celebration!

Posted by GloryandGrace at 10:09 PM 4 comments: 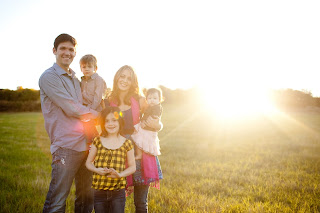 Taken directly from the Pastor's blog:
Dear church,
In the first chapter of Philippians, the Apostle Paul writes that whatever imprisonments, beatings and trials he may have suffered, they all “serve to advance the gospel” of Jesus Christ. We implore you to keep the gospel of Christ as the main focus as we walk with Matt and Lauren through this trial.
On Tuesday, Dr. Barnett informed Matt and Lauren that the findings of the pathology report revealed a malignant brain tumor that was not encapsulated. The surgery to remove the tumor, the doctor said, was an extremely positive first step; however, because of the nature of the tumor, he was not able to remove all of it.
Matt, who is being released from the hospital today, is meeting with a neuro-oncologist this week to outline the next steps of the recovery process. There is a range of treatment possibilities but the exact course of action has not yet been determined. He will continue outpatient rehab.
The Lord is calling Matt and Lauren and The Village Church body to endure this trial. It will be a challenging road for Matt, his family and our church body. The gospel is our hope and the Lord is our strength. Matt and Lauren continue to find solace and hope in Christ. They weep facing this trial, but not as those without hope and perspective. The gospel clarifies their suffering and promises more of Christ through it all.
You have done a wonderful job respecting the family, and we ask that you continue to do this. They are processing all of this together and need you to give them precious space. Please do not visit them at their house unless personally invited by the Chandlers. The best way to serve the family is to continue to be faithful in prayer. Specifically, pray for the following:
~Wisdom for all the coming decisions
~Strength and peace to endure
~The kids’ (Audrey, Reid and Norah) hearts; pray the Lord is merciful as they process and that their little hearts do not grow embittered
~The Chandlers and The Village would suffer well because of the gospel and for the sake of Christ’s name
As you hurt and weep for the family, do not do it alone. Gather with your home group and with other believers in homes and pray together. This is a time to walk together with others and to endure this trial in community.


(Photo courtesy of: Them Chandlers Blog)
Posted by GloryandGrace at 9:23 AM No comments: 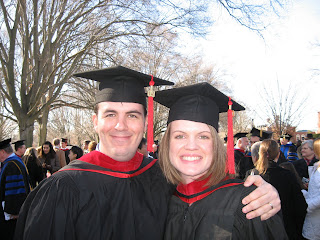 More details and pictures to come! Still savoring the last bit of sweet time with family for now~
Posted by GloryandGrace at 6:39 PM 6 comments: 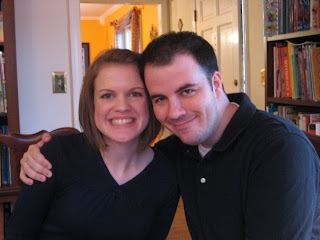 Posted by GloryandGrace at 9:09 AM No comments:

The Unsung Hero and His Hatchet

Our very last finals week just would not be complete without some crazy, unexpected event taking place! I received a call from my husband late yesterday afternoon, a conversation that started with, "Boy, have I had an interesting afternoon..."


He proceeded to tell me the most bizarre story, one still surreal to both of us. He was on his way home from school yesterday afternoon, had simply gone to drop off a book at the library, when the event occurred. He was simply driving down Lexington Road when the driver in front of him suddenly hit the brakes, followed by the car veering completely off the road, up on the sidewalk, and into a telephone pole. My husband managed to swerve out of the car's way just in time to avoid being hit, and parked his own car in someone's driveway. He approached the car to ensure that the driver was okay, only to discover that the man behind the wheel was slumped over and having a seizure. My husband beat in the window in attempt to get the man's attention, but he was completely unresponsive. The driver was apparently slumped over enough, and had enough pressure on the pedal with his foot still, that the car suddenly started going in reverse. With my husband still banging on the window trying to get him to stop, the car accelerated into the street and hit another vehicle. He motioned for the woman in the other car to put on her parking brake since the man's car was still in gear and to prevent the car from continuing on into the street and more oncoming traffic. With the car locked, there was no way for my husband to both get to the man who was still leaned over in his seat and seizing and to turn off the car ignition. In quick response, he kicked on the passenger window but it didn't budge. He then ran to his Mustang, and pulled a hatchet from the trunk. Using the blunt end of the hatchet, he managed to break the passenger window, and reached in to move the man off the gear shift and turn off the car. The woman who was sitting in her parked car this whole time (probably in stunned shock) called an ambulance, and my husband was able to reposition the man in the meantime until he came out of his seizure. The ambulance arrived as the man was coming to, and asked him a series of questions regarding his medical history. Although still rather delirious, he was able to tell them that yes, he has a history of seizures, and no, he has not sought treatment for them. The police arrived soon after, and took a full report from both my husband and the woman who inevitably prevented this man's car from going further into the busy street. When my husband told them about the hatchet, their response was, "Who drives around with a hatchet in the trunk? That's awesome!" His parents raised him well~


The whole event could have taken a more horrific turn on so many levels. The man could have swerved into oncoming traffic initially rather than into the telephone pole - my husband could have been hit if he had not reacted so quickly in his own car - the man could have caused serious problems while behind the wheel had he accelerated in reverse into the middle of the street - he could have had much more severe issues occur had my husband not been able to get to him quickly and reposition his head until the seizure had passed... The list goes on and on. Not only are we grateful for the fact that things went precisely as they did, the timing of everything being set just so that nothing more occurred, but also reminded of how quickly an unforeseen event can occur. This young man was simply driving down Lexington Road on what would have otherwise been a normal Tuesday afternoon. Little did he and others around him know that a sudden seizure would cause all of this... I was really proud of how composed and in control my husband was of the whole situation, as he was able to prevent an unfortunate event from turning into something much, much worse~


The moral of the story? Keep a blunt object in the trunk of your car at all times! Okay, maybe not, but it clearly came in handy! I know he would not want me to boast in him, but I really was impressed to hear how my husband responded to the situation and to this man. I don't think I would have been half as composed and clear-headed in a similar situation, and it gives me great comfort to know how he reacted in the midst of such an event~
Posted by GloryandGrace at 10:24 AM 3 comments: 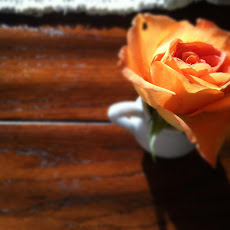